Our Position on Drive Fisheries / Whale and Dolphin Hunts

Dolphin Research Center and all of the more than 60 members of the Alliance of Marine Mammal Parks and Aquariums (the Alliance) condemn the mass killings of dolphins in the Japanese drive fisheries and the annual hunts in the Faroe Islands, a territory of Denmark.  For many years, we have educated visitors from around the world about these hunts, calling on the Japanese and the Faroe Islands populations to end these practices.

DRC does not support these killings in either location in any way. We do not have or take animals from these horrible hunts, nor have we ever.

No dolphins have been captured from the wild to live at United States parks since the late 1980s.

Those who oppose the idea of marine mammals living in parks and aquariums often deliberately spread false information to convince the public that marine mammal facilities are responsible for the drive fisheries continuing each year.  This is not true.  Comments made by the extremists and those made in movies such as The Cove make it seem that dolphins captured in the Japan drive fisheries are sold to facilities in this country.  That is also not true.

Continuing to mislead the public undermines these peoples’ credibility and does nothing to further the purpose of ending the dolphin and whale killings in Taiji or the Faroe Islands. 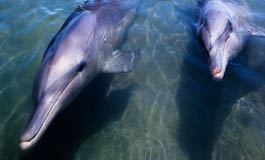 Dolphin Research Center and the Alliance of Marine Mammal Parks & Aquariums (Alliance) strongly disagree with the biased presentation and false allegations made in Blackfish: The Movie and affirm our support for our members’ animal programs and their highly trained, animal care professionals.  We know from the more than 40 million guests who visit Alliance-accredited facilities annually that personally seeing and experiencing live whales, dolphins and other marine mammals is a powerful experience that can move people to support wildlife conservation.  The film is incorrect in claiming that marine mammals do not thrive in our parks and wrongly challenges the public’s right to experience killer whales in our facilities.

The film also deliberately fails to acknowledge the essential role killer whales and other marine mammals play in the education, conservation and research missions of accredited zoological facilities that directly benefit animals in the wild. For more than 40 years, the importance of providing the public a chance to see marine mammals in approved facilities has been clearly and strongly supported by the U.S. Marine Mammal Protection Act. The MMPA acknowledges and provides for the educational and conservation benefits of people having the opportunity to experience whales and dolphins in parks, aquariums and zoos.

The American public also strongly supports accredited zoos and aquariums and clearly understands that if it were not for these facilities, children as well as adults would have no viable way to see, experience and learn to care about marine mammals.  A 2012 Harris poll conducted by Harris Interactive® for the Alliance confirmed that the vast majority (97%) of the American public believes that seeing and experiencing live marine mammals is the best way for children to not only learn about the animals but to inspire conservation action that can help marine mammals and their ocean environments.

Like all U.S. facilities caring for marine mammals, SeaWorld is licensed to do so by the U.S. federal government and regularly inspected.  It adheres to the strict standards of all federal and state laws, including the Animal Welfare Act and the Marine Mammal Protection Act, as well as Alliance Standards and Guidelines, which surpass government standards for the care of the animals.

(Information provided by the Alliance of Marine Mammal Parks and Aquariums.)

SeaWorld and the Truth About Blackfish

SeaWorld has been forced to defend itself against the dramatic, often false and misleading information presented in this film.  The company refutes the inaccuracies and other misinformation on this website The Truth About Blackfish.  Visit the site to read more about this topic, including a pointed analysis of the film with documentation provided that supports SeaWorld's stand.

In addition to the information directly from SeaWorld, there are other, third-party, sources who have analyzed the film's approach and content.  You may also be interested in reading what Cinemaspin wrote.  An independent videographer presents his detailed analysis.  SeaWorld also shares links to opinions from a variety of other sources. 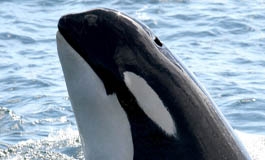 Benefits of Research in Human Care

The Benefits of Marine Mammal Cognition Studies in Human Care

There are activists in this world who have long opposed the keeping of marine mammals in human care. Recently, some of them have begun to argue that because dolphins and other toothed whales (e.g., orcas & belugas) are intelligent, they should be treated as "non-human persons" and not kept in captivity.

To be sure, the issue of how humans treat other animals is important. It's something that should be talked about. In fact, it's an issue that marine mammal facilities think about and talk about all the time. To take just one example, the Alliance of Marine Mammal Parks and Aquariums (to which Dolphin Research Center belongs) holds its members to extremely high standards for animal care, housing, and training – standards that exceed legal requirements and guidelines, and which are continuously updated to reflect current scientific knowledge and best professional practices.

However, the argument that "intelligent dolphins = non-human persons," as well as the response to it, are both flawed.

Why the non-human persons argument is flawed:

Why we need dolphins in human care:

Why we should do cognitive research with dolphins in human care:

It is imperative that we stay true to our mission for the most important reason – the ultimate benefit of the animals in our facilities and their wild counterparts. 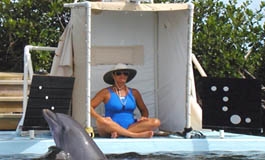 Join Our World Oceans Month and create a #DebrisFreeSea!

We need your help!

The extreme threat of marine debris with its devastating effects on marine life has been recognized by governments and environmental organizations around the world.

Join members of the Alliance of Marine Mammal Parks and Aquariums (AMMPA) and the European Association for Aquatic Mammals (EAAM) in the social media campaign to raise awareness of marine debris and motivate people around the world to clean up and prevent more trash from entering our world’s oceans.

What Can You Do?

Be Part of the Global Effort

Download the free Marine Debris Tracker app for your smartphone or tablet and join a team.

Working Together, We Can Create a #DebrisFreeSea

In May 2014, National Geographic News profiled Dr. Lori Marino as part of their online series The Innovators Project.  Over the last several years, Dr. Marino has increasingly used her standing as a scientist to advocate for the release of cetaceans from marine mammal parks and aquariums.  However, Dolphin Research Center feels it’s important to note when anybody -- especially someone fashioning herself as a “scientist-advocate” -- puts forth claims that are not based on true scientific objectivity and data.  DRC's Director of Research, Dr. Kelly Jaakkola, wrote a letter to National Geographic on behalf of the Alliance of Marine Mammal Parks and Aquariums stating our deep concerns about the way that Dr. Marino uses her academic degree and reputation in her effort to influence public opinion on this issue.  Unfortunately, National Geographic does not include a Letters to the Editor feature in their online site. Therefore, we have chosen to post the letter here.  (National Geographic's original profile)